Several years ago I planted horseradish in the garden. It turns out that this stuff has a tendency to spread. J I've been trying to kill it ever since then because it seems to want to take over the entire garden. Tilling it up only chops it into smaller pieces and spreads it. Digging it by hand has the same result and dynamite spreads it even further. Round-Up seems to have no effect on it.

Wahoo took a few starts and planted them in the back of his garden. He seems to be able to control it better so his garden is now the official Horseradish production site of Indiana.

The best time to dig horseradish is early spring. If you wait until it starts to grow, the roots seem to develop a bitter taste and gets woody. Update; we now believe after the first frost is the best time.  Next year we will change our minds once again.

Wash off the dirt 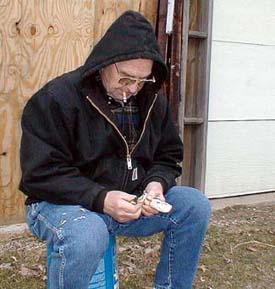 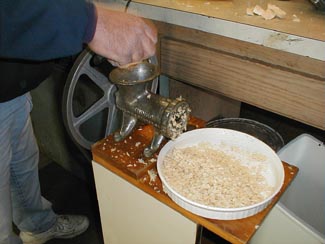 Scrape off the outer skin 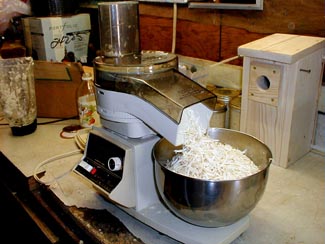 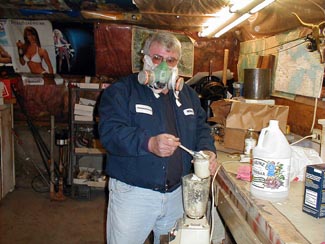 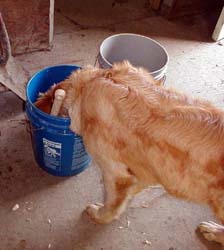 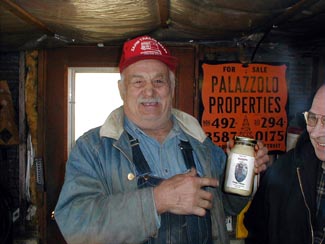 Every successful product has a spokesman 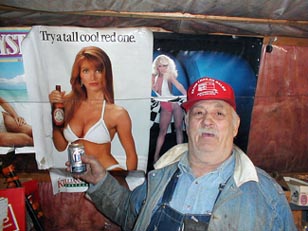 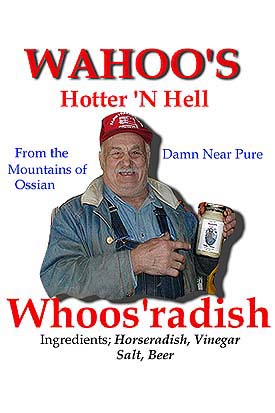 Coming soon to a store near you!